We bring the party to you

all across Greater Sydney

We had Vivian hosting my sons 7th birthday and my god did she exceed expectations!! She was amazing and the boys had an absolute blast. She was fun, organised and professional. Outdoor laser tag is the best idea and great fun for everyone. I will recommend Vivian and the laser warriors team anytime! Thank you again for hosting the best party ever!

When one is searching for Birthday party ideas for kids, the two most important things to consider will be safety and events which can promise fun and excitement. Organizing a laser tag game for your kid’s birthday will not only help in creating a memorable birthday for your kid but also make it unforgettable for your guests.

Laser tag offers the best theme and a great opportunity to customize the invitations, food and decor for your kid’s birthday. Once you have decided on the list of your guests, you can then choose the playing arena depending on your guest list and budget. 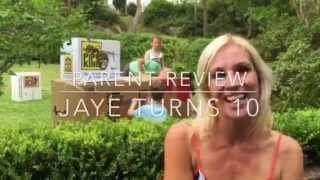 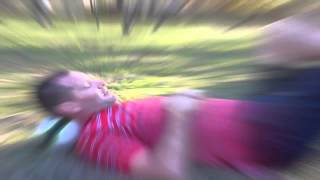 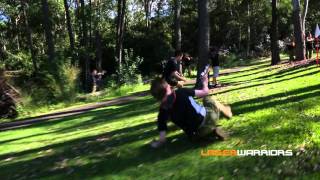 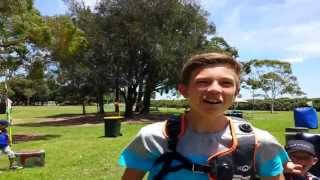 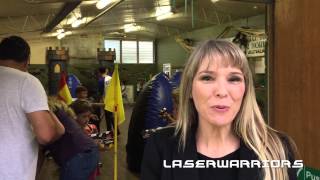 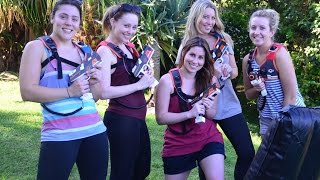 Google Reviews
4.9
Based on 246 reviews
See all reviews

Echo Tan
08:22 16 May 22
We had a fantastic birthday party for my 8yo boy with Laser Warriors. Francis was an amazing instructor, he managed the game so well and professional, and fun! My son and his friends all said this was the best party they’ve ever had. It was super fun and successful. Thank you Laser Warriors.

Rujun Qiang
10:08 15 May 22
Regan did my son’s 8 years old party with 12 kids. He was so good managing all the kids, keeping them engaged and having so much fun all the time during session. All the guests were so happy. I would recommend Regan and laser warriors to anyone who wants a fun laser tag party.

Simon Keefe
06:09 10 May 22
We booked Laser Warriors for my son’s 7th birthday party. Was a major success, the equipment was great and the staff explained all the missions clearly and made sure everyone had a turn “top scoring”. We would definitely recommend Laser Warriors.

Charlotte Nash
07:07 24 Apr 22
Great entertainment -kids had a ball in the long grass and sunshine. Sean was well organized and the whole process from booking to game day went smoothly. Great equipment & setup. Lots of fun had by all

Charlotte Nash
07:05 24 Apr 22
Great afternoon’s entertainment- Sean was great and the kids had a ball in the long grass and sunshine (finally!) Well organized, great equipment and Linda was awesome at helping me rebook after rain & Covid cancelled two weekends! Thanks for the fun

Catherine Wong
22:51 19 Apr 22
Our event had to be postponed and rescheduled due to Covid isolation and then there was concern with the rain. The LaserWarriors team was so understanding and flexible in the process. In the end, my 10 year old son and his friends had a wonderful time in the muddy but leafy park. Actually some adults in our group got to experience the fun too! Sean and Lachlan the instructors were cool and effective in directing the teams and games! Highly recommended!

NTOOSHC
03:59 14 Apr 22
We used LaserWarriors Laser Tag for our School Holiday Vacation Care and the children really enjoyed it! The Leader was well spoken, and was wonderful with the kids. Chidlren really enjoyed this 2 hour service.

Melinda Brown
09:21 21 Mar 22
My son had a fantastic 13th birthday party with Laser Warriors. James managed the rabble of 13 year old boys very well and they all had a great time. The set up and pack down was seamless and a great day was had by all. Thank you!

Cameron Hartnell
04:21 20 Mar 22
The kids had a load of fun. Nick Z was a good host and kept us on track. We're all worn out now and ready for birthday cake

Lozz Corbett
02:25 13 Mar 22
Such an awesome party for my sons 7th birthday yesterday. Aleksia had the kids engaged and they all had the beat day. Thanks also to Linda, who has been absolutely incredibly throughout the entire booking process. Definitely recommend!

Flora Tuttle
10:46 11 Mar 22
I has suffered for Human papilloma virus HPV) for 2years, I was given some tablets at the hospital but I refused to take it, They said I have to be on it for life so I don't want take a drugs everyday for life. No point in taking medicine everyday when u won't get cure from it and I was advice to seek for natural herbal cure, after some time I found Dr Agbomian is the most trustful herbalist that have herbs to cure wicked symptom's,I emailed dr agbomian, for 2weeks been his patient he cured my (HPV) with his herbal. I only used his natural herbs for two weeks it was 100% cure. I'm not (HPV) patient anymore. I'm happy about it i finally got cured out of this mess been in my body for 2years. I also recommend you if you're living with (HPV) or herpes symptoms i also want you to be free contact dr agbomian with the email attach to my post. Dragbomianherbalcured77@gmail.com or Whatsapp Him +2347046375902

Ross Calcroft
21:55 18 Feb 22
I wasn't quite sure what to expect with laser tag usually an indoor sport, but I must say the kids loved it! Annika from Laserwarriors was great with the kids, and had their attention throughout. For one hour the kids played variations on the game, and so never tired of it. I would highly recommend as a healthy outdoor activity for a party of kids! Give it a try!

Tanja Malle
23:58 06 Feb 22
we had our son's 6ty birthday party yesterday hosted by vanessa and everyone had a blast! highly recommend - we will be back :)

Peita-Maree Pyne
02:47 06 Feb 22
Vivian came today to host my sons 7th birthday. He and his 11 friends had the best time. They didn’t stop running and smiling.
Vivian had great music playing and the boys all listened to her.
Would highly recommend. One of the easiest parties we have hosted.

Jennifer Crawford
02:12 06 Feb 22
Laser Warriors did a fantastic job with my 11yo daughter’s party. We wanted an outdoors Covid safe party. Even though the weather looked uncertain and a last minute change of venue didn’t phase anyone. Annike was great and the girls had so much fun. I highly recommend Laser Warriors.

lynne khong
10:32 03 Feb 22
We've had Laser Warriors run two laser tag parties now and both have been very successful. Regan was a great facilitator and the kids had a wonderful time.

Alison Stevenson
03:32 30 Jan 22
Great birthday event for a group of 10 year olds.Wonderful and friendly to deal with, kids had a blast! Thanks to Nick and Thomas and the team at Laser Warriors

Siran
04:59 28 Jan 22
Lachlan attended booking today! He was great with organising the kids and the games. The kids loved it and were totally engaged for the duration of our booking. 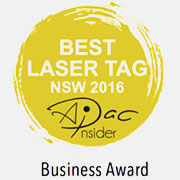 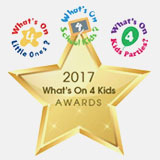 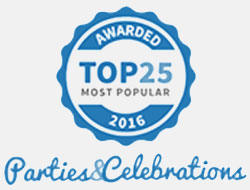